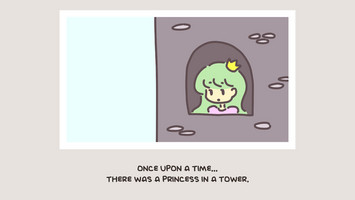 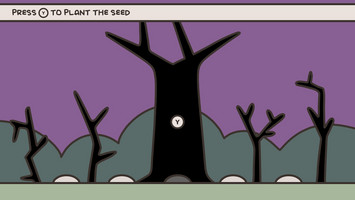 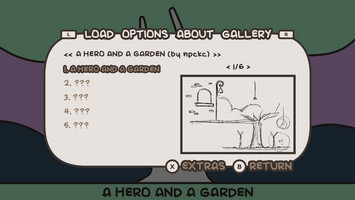 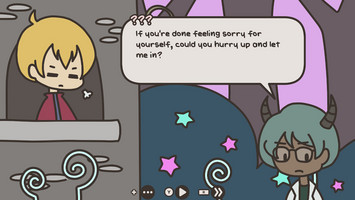 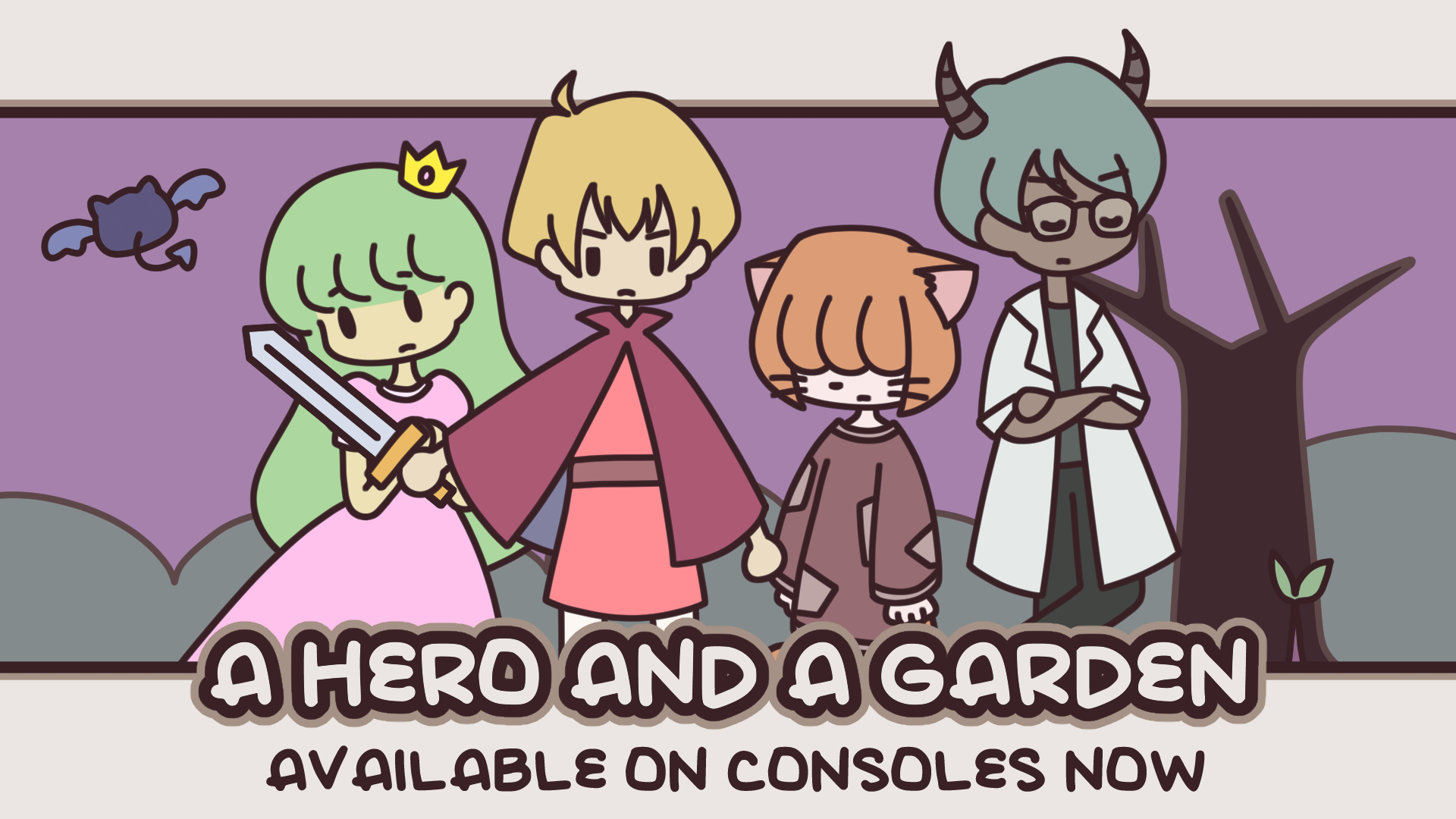 i'm so excited to be able to share this game with more people (and i think the port plays really well on consoles with gamepad controls) so i hope you'll check it out if you'd like (:

it should be out in most regions now on all consoles except for japan (switch/ps4), which will be releasing a little after.

the console version has updated graphics (now in 1080p!!) as well as an in-game music box so you can enjoy the soundtrack from the menu (there are some rough sketches of art that you can unlock too 👀)

to go with the console release, this pc/android jam version has also been updated with french & german translations.

i hope you'll all enjoy!

Get A HERO AND A GARDEN [jam ver.]

A HERO AND A GARDEN [jam ver.]