procrastination game DO IT LATER! out now! 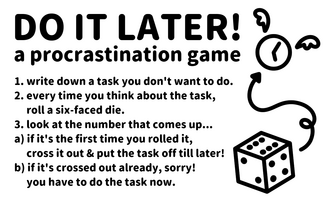 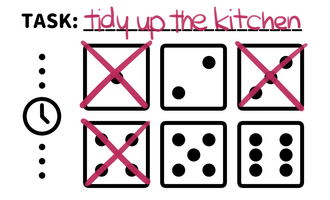 have you ever had a task you wanted to put off? DO IT LATER! was made for you! just write down your task, roll a die & let fate decide whether you should do that task or not.

DO IT LATER! is a simple business card-sized game designed to help you procrastinate. just print it out (or draw on it in an image editor of your choice) & put off any tasks you don't want to do!

you can check it out here: https://npckc.itch.io/do-it-later

Get DO IT LATER!

this is genius ,, not even joking, its a good way to make me actually do stuffs i need to do