Fun! I had to finagle it to get it to work on Mac with another user's comment but it was an enjoyable and slightly creepy game with creative meta uses. I thought the amount of meta stuff was very well-controlled. It wasn't enough to be overpowering, but enough to be a little creepy and memorable.

Good game. Will put this in my trophy hall 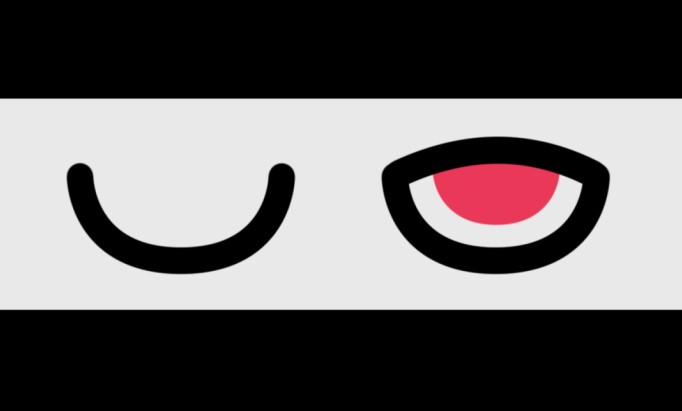 That was a nice game! Well done!

how do i replay it q0

this was a *terr*ific game, both scary and well made. I dont like psychological games bcuz they freak me out the most, but hats to you, it was enjoyable all the ways i could directly interact and see what would happen in the files

I love this game, it was genuinely so much fun figuring out puzzles.

i tried this game but it doesnt seem to work properly...im on a mac computer and it doesnt work with the files does anyone have a solution?

right click on the app, click "show package contents",  Contents, Resources, autorun. the files should be there

hello! i really want to play, this game looks so cool...are there any jumpscares though? i have a bad heart and it would help to either be reassured that there aren't or to know when to expect them ;v;

theres no jumpscares, its just very unsettling when u mess with the files
its a really interesting game so i really suggest it !

i finished it and it was really interesting!! a little tricky but not hard enough to need to look up, just thought it was really clever when i did figure out the puzzles :D

the first time the game closed on its own it startled me a bit but it wasn't /scary/ per se, i just didn't know when to expect it the first time, i think the scariest part was the shift in atmosphere when i first turned off the lights haha (i'm not really personally creeped out when a game involves interacting with files on the computer but i do think it's a clever gimmick to implement ^_^)

It's the number of times you've launched the game since there is no manual save option.

OMG I LOVE IT AAAAAAAH

i love this game so much!! the concept felt like ddlc all over again but set in a cute, dark pet shop with interesting characters. the art is adorable as usual TT i can't express how glad I am that this game was released!! thank you so much <3

Great game love how you have to change and move game files
what is the calling card for??

This game was really cool. Really reminds me of Doki Doki Literature club. I like the story and how creative and interesting it is to get to the end. I would really like o play this game again but every time I redownload it appears to have remembered that I played. Is there a way to clear or reset the game? Loved it and it is amazing :)

If  you download a free file shredder, it should delete all game files for you including a save

alright thanks my man

This game is absolutely adorable! I cannot believe I didn't play it earlier but oh my gosh the characters are all charming and fun and the puzzle elements are so well done! Thank you so much for making this game <3

THIS GAME IS INSANELY COOL!!!!!!!!!! I won't spoil anything, but I would recommend looking up a tutorial for this game, just in case!! I personally prefer video tutorials cause I can skim through the previews to find the place I'm at and not accidentally get anything spoiled by reading ahead! This is a game that is also absolutely ruined by spoilers (if they bother you), so be careful reading through these comments!!! Anyway, I didn't expect this game to be nearly as amazing as it was, but this is officially one of my favorite games on here!!!!!!!!

For the people who wants to start from the very beginning and uses Windows 10 (I don't have Windows 7 to test this), you need to delete the folder "lightsoffgame - [random ID number]" from C:\Users\[your user name]\AppData\Roaming\RenPy and the folder "saves" from [game path]\game

You will find all Ren'py saves in that folder, so this might be helpful to you in the future if you want to manipulate save's data from games/visual novels that use that engine.

thank for the guide!

So did we just Witch's House that poor shop owner?

Also did anything ever come of that card?

It's a really fun game! I made a video of a complete gameplay with oral translation to Chinese if anyone's interested, it's herehttps://www.bilibili.com/video/BV1ZQ4y1y7VV

Thank you very much

Played it with my friends, great game! Loved the writing style and humour.

I'm on an iMac and I can't go into the files, how do I get the key from the fish bowl?

Is there a way to replay the game? I tried deleting the saves but it won't work and it keeps "known" I finished the game.

my game crashed at the end of day one?

Maybe The Shopkeeper Isn't entirely right? ... (Hint: You might need to Open a Window that Isn't inside the Game Itself, but is still linked to it...) Just some food for thought =3

This game was so cool! thank you

just letting u guys know, to progress through the game u gotta mess around with the game files - pretty crazy stuff. another thing to help u out, on the telephone in the secret room you call 052. do what the book says

Please tell me how to restart this game! I really want to play it again so I can show my sister. I've tried deleting it and reinstalling it a few times but no matter what I do it always recognizes me! HEEEELPPPPP

hello I found a silhouette of a man and a woman that have nothing to do with the style of the game but are still in the game files so I wanted to ask is it any use? or whose silhouettes are these?

The gameplay choices with this were fun and unique. Good game!

A really well done one of 'those' styles of game, without wanting to spoil it for anyone else. Lovely art style too!

To get the game to work on Mac (I got error messages repeatedly during the game) it was not just enough to unzip it in the Downloads folder and then move the resulting folder. That *didn't* work. What *did* work was unzipping it in a new folder on my Desktop *and* then moving the lightsoffgame.app file outside of the a-pet-shop-after-dark-osx  folder that appeared after unzipping.
Fun game after that! :)

This is a really cool and lovely game! Horror themed without actually being genuinely scary, which is ideal for my delicate flower constitution. XD
I had no idea what to do with the card, so I deleted it in case that did anything. It didn't, and now it is gone. Ah well, My bad I guess! Thank you for the great game!

Unique! I like it a lot. Took me a few tries but the catchy premise hooked me strong!

It's a very unique game, good job!! I enjoyed playing it!

very nice game, it took me quite the time to understand how to progress but once I did I had a lot of fun^^

How can I reset the game? I delete the game a few months back after playing it and I want to replay it so i want to know if it's possible?

ok so like, how the fuck do i play this?

to give you a hint: look at your game's files