A downloadable game for Windows, macOS, and Linux

two girls work together on a game jam to make the best and cutest fan game ever! one is a writer, one is an artist, and both are die-hard fans of their anime otp. (it might not be popular, but it might as well be canon! they were obviously made for each other!)

TWO GIRLS MAKE A GAME is a short visual novel (~30 minutes) made for Ace Jam 2018. play as ella, a university student who spends more time reading fic than studying, and help her and her game jam partner shiro make a game!

there are four endings. there is no music in the game, so if you like, play along to your favourite anime soundtrack.

for $3 or more, you can support me in my game-making adventures & also receive a little digital art collection!

other things i've worked on can be found here! you can comment right here or on twitter with your thoughts.

if you like my work and want to support me, you can buy me a coffee or check out my patreon!

this was so cute omg, i didnt even notice time pass by bc i was so focused on the story. the art is so cute and i love them both smmm<33

This game is amazing! Ella has a similar personality type as me!!! i have autism so its hard for me to talk in person ;-; Me and my little cousin love this game so she made the characters in gacha club!!! 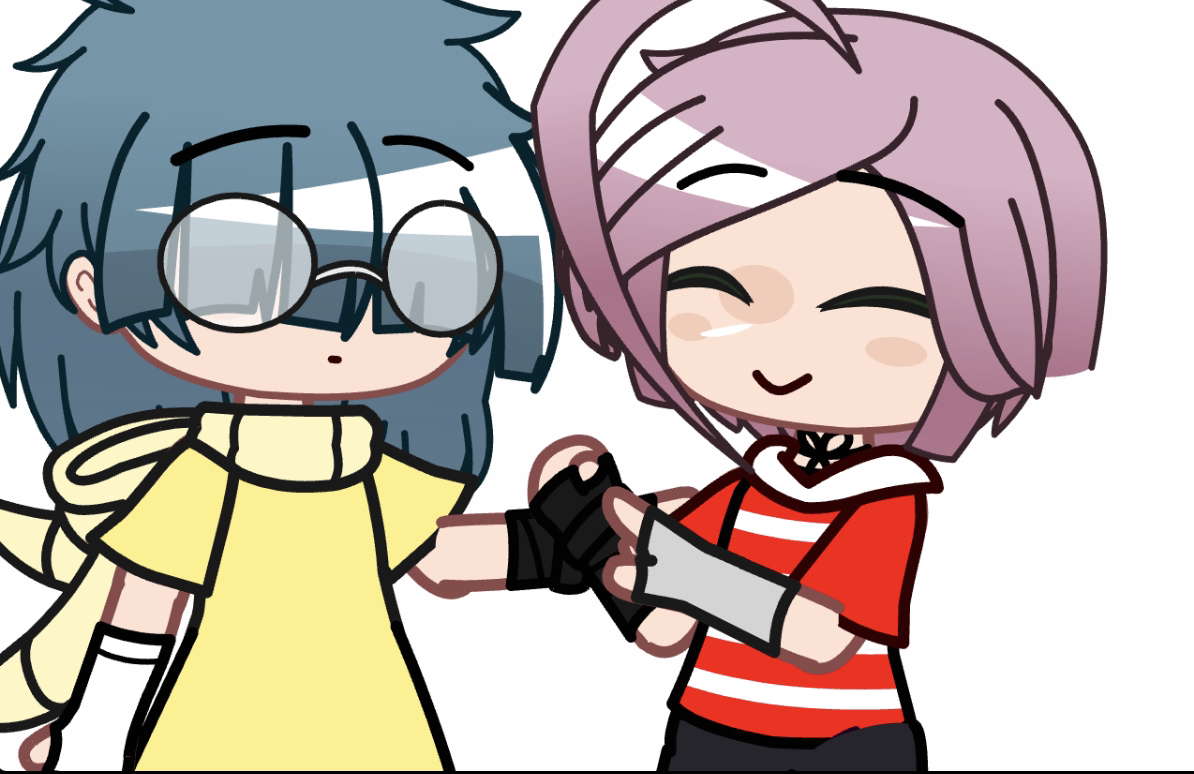 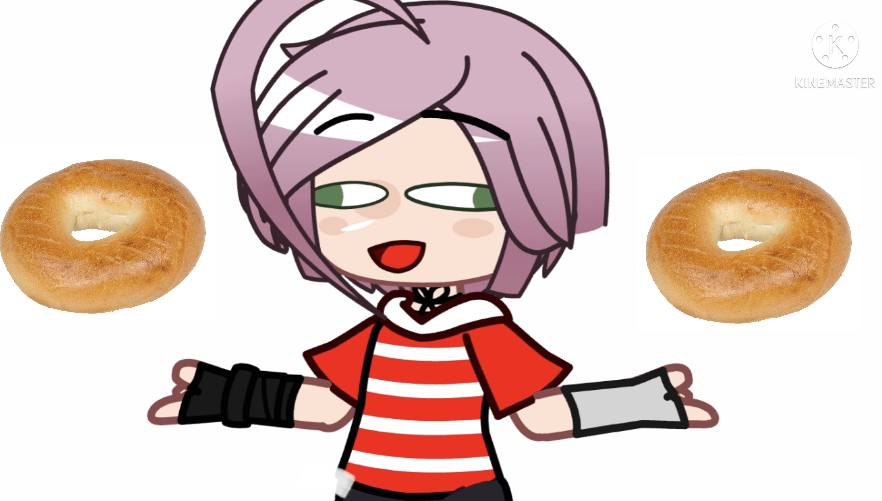 here is the other one!!!

I really love how simplistic and wholesome this game is.  It really brightens day when I play one of your games, can't wait to play whatever you make next! <3

The fact that I got the fourth ending just by thinking "hey, what would I want my friends to do when I'm in this situation?" surprises me. I'm not sure if the 4th one is the best one but I genuinely love how it just flows, especially since Shiro reminds me of myself a lot

Seriously, your games never fail to impress me :D This one just seems so wholesome

Reply
DATENITE1 year ago
This was a fantastic game! Highly recommend people to play it. If not, we play all of it with a single ending only. We've been a fan of npckc for a long time and played most of her game. Always looking forward to them.
Reply
xx Charlie xx1 year ago

Reply
The Unique Horn1 year ago

This story is so cute and heart warming! :)

Reply
One Dove Above1 year ago

this game really motivates me to work on my own visual novel! it was very sweet :)

Aww that's so cute! I wonder if you could consider patching in a skip button? It makes it a bit annoying for replays. Still really enjoyed it though!

This was a super cute and wholesome game. I enjoyed it!

i can confidently say that this game is pure wholesome content

Nice, kind of a meta game. A bit realistic, i enjoyed the graphics.

it took me a min, but i realized why the options menu looked so familiar! its the same template from doki doki literature club lol

Both games are made in python using the RenPy library. Very popular, very malleable and very widely used!

i love this game so much,,,,,,it was so cute and i rlly love the characters theyre so real and lovely

I loved this game so much!! Shiro was just sooo cute that I felt so bad trying to put any pressure on her!

Spoilers maybe? Having a lot of trouble getting ending 1, but when I do I will post how to get it, but for those having trouble with another, heres an almost useful guide that was more for me. It contains one word from each choice I made. played about 7 times so far, will do a few more to get the other ending. EDIT: after a couple more tries, got it

I was only able to get endings 2 and 3, do you have hints for how to get the other 2?

4: spend more time with shiro when you can & don't stress her out too much

;__; i dont mean to be a nuisance but i cant get ending 1 either!!! ive tried like, everything... is there any more hints you can give?

try choosing the answers that would stress shiro out

Learning How To Relate To Autistic People, The Game. Required reading for everyone who's allistic.

(Also extremely cute and pure omg, my stream of this was so much fun)

Phew! Finally finished all four endings... I liked the game a lot! It was kinda short and simple, and I missed a bit of music, but I had fun through the entire game! Shiro was a very interesting character for me, and it took me a few attempts to finally figure out what kind of push she exactly needed to finally finish her art! All in all, very cute and fun, and I definitely recommend playing it through!

Omg I just finished playing this and it was so cute and good!!!

kc this is really cute and sweet QQ

shiro is so good... i want to offer shiro a hug and also not hug her if that would make her uncomfortable

This was SUCH a good and adorable game!!

This is probably my favorite visual novel game that I played. I made a video and kinda talk about why throughout it at different parts but I'll try to explain it in words here. This game reminds me a lot of anime like Shirobako or New Game! It's a visual novel game about making visual novel games. I absolutely love stories like that. Like films about films or tv shows about tv shows, etc. There's something really appealing to me about watching a literal game developer talk about developing games in a video game. The game takes a much more light-hearted tone towards the reality of developing for a game jam or even developing a game with someone else. But this game also has serious moments where you really feel like the developer is just straight up telling you a personal story that they might have actually gone through using the characters of their game to tell those stories. It's a self-aware script and I really apperciate that. I realize that may not be to everyone's taste but it's absolutely fascinating to me. If that sounds like it's up your alley, play this game! There's a lot to love.

There are some places where the game can be  improved. For example, there's no music, which isn't the worst offense in the world, but it would have been nice to listen to something! (I added my own music to my video, that's not the actual soundtrack of the game) I also felt that compared to Magical Witch Bell, (another game by the same dev) I think the art of backgrounds and character designs could have used a little more time. Art is a subjective thing so, I'm probably just nit picking. There's also some grammar that could be improved, but it wasn't to the point where I was pulling my hair out. It was overall very well written.

Anyway, tldr: This game was awesome! Great job and keep up the great work!

I enjoy VN's a lot! I think this game takes away from some things though. Like there isn't one choice to be made in the longest time. Feels like you are sitting reading and, reading with no interaction which can make the player not want to continue. Also no music is nice in theory but, many don't like to add their own as, I didn't feel like trying to add any of my own.

me at the end of the game: "OH GOD GO EAT A CAKE TOGETHER YOU 2"

your games give me MANY FEELINGS and this is completely IN LINE WITH THAT!!! also your sense of humor and comedic timing is magnificent 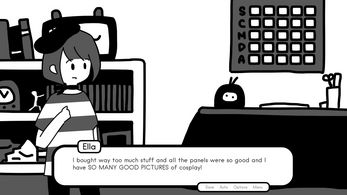 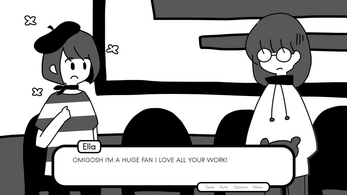 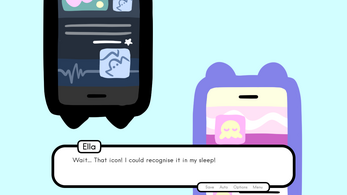 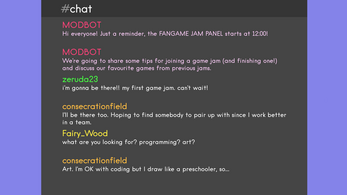